Investing in Feature Film and Television 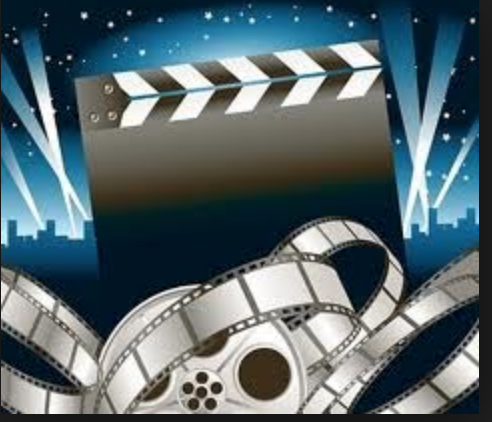 There has never been a better time to invest in the Independent film sector both in the US and Great Britain.  Mania Entertainment has expert contacts on both sides of the Atlantic. We nurture our  projects from inception to completion attracting the best in writers directors the biggest names in global acting talent and leading distributors.

As an investor, you can become part of this exciting process through the use of a variety of tax-efficient investment opportunities. Investor perks include 30% to 60% ROI depending on the project, on-screen executive producer credit, visits to movie sets, and invites to the glittery film premiere.

We act as Executive Producers on all projects, and we structure each in a tailor made manner, selecting only the most commercially appealing films with the best possibility of returns and following strict due diligence for individuals looking for SEIS, EIS, GAP, Private Equity and Offshore investment opportunities. We seek investors for 20% of the Film Budget, on which we provide access to the remaining 80% of the Budget through our Lending affiliates program which offers low interest hassle free lending at just 2% over the Libor rate. Our ability to do this ensures a seamless profitable production.

We have an Industry leading team with over 30 years experience.

Organic growth of Mania Entertainment through our International collaborative partnerships

We have strict guidelines for all projects we accept for development.

Mania offers a holistic service from project inception to distribution

Our Distribution strategy is set in the beginning.

We provide innovative fast lending for our productions with 20% Equity we can finance 80% of your production at just 2% over the Libor Rate.

Our projects are chosen for their commercial potential.

Mania has expert knowledge of Tax Incentives offered in all the US States and in Canada, as well as the UK

We market, advertise and optimize all of our projects from their inception so as to maximize all round profit.

Private Equity is a direct investment into projects by an institution or individual.

Mania performs the due diligence on projects to offer them as pure investment opportunities for private investors and source commercial opportunities in media investment for offshore and onshore funds and individuals alike. We are adept at negotiating and structuring these deals to ensure both our projects and investors benefit from the investment.

Direct investment can be seen as higher risk however this can be mitigated through the involvement of experienced advisors such as ourselves, in knowing how to structure the investment and also how to match and leverage this against the numerous sources of soft money available for creative industry producers.

For a project owner, the ability to understand and accept as many sources of non-conflicting and cost effective finance is key to achieving the end goal of a completed product which can then be distributed across a variety of differing distribution platforms and media channels in order to become commercially successful.

Movie production incentives are tax benefits offered on a state-by-state basis throughout the United States to encourage in-state film production. These incentives came about in the 1990s in response to the flight of movie productions to other countries such as Canada. Since then, states have offered increasingly competitive incentives to lure productions away from other states.

The structure, type, and size of the incentives vary from state to state. Many include tax credits and exemptions, and other incentive packages include cash grants, fee-free locations, or other perks. Proponents of these programs point to increased economic activity and job creation as justification for the credits.

The incentives in various states can change on a yearly basis. Mania keeps abreast of all of the incentives to ensure our films get the best possible deals. Tax incentives range from 20% to 30% of the allowable Film Budget,  Currently States offering the highest incentives are Georgia, Kentucky, Louisiana, Massachusetts, Pensylvania, Puerto Rica. We use experts in many States and incentives can be cash flowed.

GAP investment is typically the last piece of finance into a project making up around 5-35% of the total budget. GAP investors will always sit in first place in the recoupment schedule and will lend against the pre-sales for a project. At Mania we perform the due diligence on projects to offer them as pure investment opportunities for GAP financiers and source commercial opportunities in media investment for offshore and onshore funds and individuals alike. We are adept at negotiating and structuring these deals to ensure both our projects and investors benefit from GAP financing. We also have experience and contacts providing ‘Supergap’ financing for the final 10-15% of the production budget.

Whilst GAP investment comes with higher risks for investors, these can be mitigated through the involvement of experienced advisors such as ourselves, and the potential returns can be extremely lucrative.

For a Producer, having the knowledge and ability to source GAP finance can literally be the difference between the project being created or not.

The Enterprise Investment Scheme (EIS) is a series of UK tax reliefs launched in 1994 in succession to the Business Expansion scheme It is designed to encourage investments in small unquoted companies carrying on a qualifying trade in the United Kingdom.

Through the EIS Scheme projects are provided with the final part of their finance raise through sales and distribution advances– an approach which means investors are backing projects which are close to fruition and which lends itself perfectly to Mania’s “last in, first out” policy for investors. 70% of the project’s investment is underwritten by UK Creative Industry Tax Credits and/or pre-sale agreements, further reducing investor risk in a truly innovative manner.

The Seed Enterprise Investment Scheme (SEIS) was launched by the United Kingdom government on 6 April 2012 in order to encourage investors to finance startups by providing tax breaks for backing projects they may otherwise view as too risky.

SEIS companies can raise up to £150k by way of SEIS shareholders with generous income tax, capital gains and inheritance tax relief for investors as in the summary below. There are a wide range of SEIS projects covering all the entertainment sectors, many genres, and a varying returns for investors.

All of our projects are chosen for their commercial promise and tangible end product. SEIS companies either provide the full finance for smaller budget productions, or can be a part of a jigsaw of finance put together for a project that can include various soft money sources and private investors.

Mania can introduce Investors wishing to benefit from SEIS investment to various Funds executed and managed by an experienced fund manager.

The main benefit of this as with normal SEIS investment is the 50% income tax relief and other tax benefits although the fund delivers this with a diverse portfolio of entertainment sector businesses. Other key features of our fund include a strong investment pipeline, a low minimum investment, and a prioritzed return of capital over other investors.

UK resident non-doms taxed on the remittance basis are generally chargeable to UK tax on overseas income and gains when remitted to the UK. However, non-doms, along with their related offshore trust structures, are now able to bring overseas income and gains to the UK free of UK tax for the purposes of making a commercial business investment in an unlisted trading company. Funds need to be invested within 45 days of the remittance and a claim needs to be made in the tax return for the year the investment is made.

Many long term UK resident non-doms who have claimed the remittance basis will have built up substantial amounts of overseas income and gains over the years which would give rise to UK tax liabilities if remitted to the UK. Business Investment Relief provides a valuable opportunity to bring some of that money tax free to the UK to invest in UK businesses, whether their own business or that of a third party. Combining this opportunity with other tax incentives, such as EIS relief, could be a very attractive and tax efficient proposition.

A Tier 1 investor visa is for those willing to invest a minimum of £2m in the UK economy for residency and/or citizenship. Providing the conditions set out by the UK Home Office are met, there are relatively few requirements set out for applicants.

The Tier 1 UK Entrepreneur Visa is aimed at applicants who have a minimum of £200,000 to establish a business in the UK, or join and invest into an existing business. There are more requirements to fulfill than the Investor Visa and applicants must be interviewed. Both visas move applicants substantially closer to the residency criteria for full citizenship in the UK, which currently sits at five years.